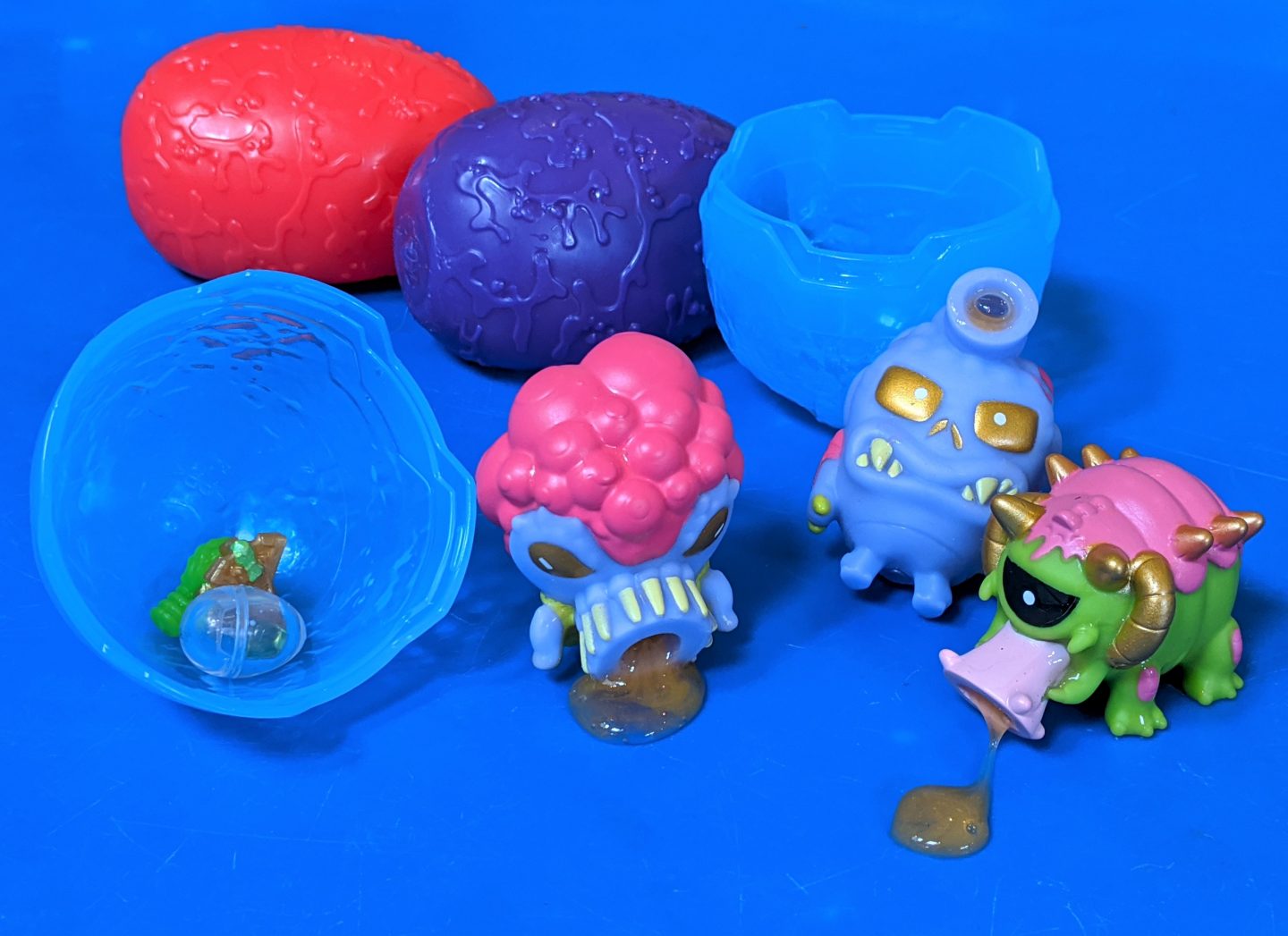 If you are looking for an alternative to chocolate Easter Eggs the Treasure X Alien Eggs may be a good option for you.

I was kindly gifted three Treasure X Alien Eggs in exchange for this honest review. All opinions are my own.

The Egg has a colourful hard plastic shell that pulls apart, this is just like a typical Easter egg and can easily be reused. Inside is a squishy alien egg.

My 6 year old is non-verbal but found it very easy to follow the visual instructions that were included inside and on the outer shell.

The squishy alien egg is very tactile, my sensory seeking son loved pulling and squeezing it as he tried to hatch the alien.

My son needed a little help to squeeze hard enough for it to explode. He thought it was brilliant as the Alien pops out covered in slime.

There are 12 different mini aliens to collect. My son checked the list and saw that we had hatched the aliens Flossoop, Tubor and Spiklops.

Also inside the egg is some treasure, my son delighted in searching the slime for it.

Each egg had a different treasure and we even found the Ultimate Treasure Gem, the Galactic Power Egg.

We also found the Brain of Fortune and the Crystal Cell. Checking the photo of all the aliens and treasure my son was able to easily match which ones we had.

The best feature of the aliens is that they eat the slime! My son was absolutely fascinated by this and it kept him busy for ages.

If you squeeze the sides of the alien they suck up the ooze through their nose or mouth. Squeeze again and they can spit it back out. I was just as impressed with this as my son was and it makes a great play element.

My son played with the aliens and the slime for ages and really enjoyed getting them to suck up the slime.

The ooze is a very slimy texture and as such great for pulling and squishing between your fingers. Great sensory play.

Value for Money & Where to Buy

At £4.99 I think they are great value, my son really enjoyed playing with the aliens and the slime. They make a great Easter gift and can easily be included in an Easter egg hunt. There are 12 different Treasure X Alien Eggs to collect.

I am not sure how long the slime will last but so far we have enjoyed playing with them for a few days. You can get the alien to suck up the slime and then put them back in the hard plastic shell.

There are also prizes to be won over at the Treasure X website.

Have you tried any Treasure X products yet? Do you know someone who might prefer an oozy egg this Easter?

See more of my product reviews.