My two boys are both autistic but I really struggled with my youngest son’s autism diagnosis. A lot of little things I found hard to explain and it didn’t add up for me.  That was until I learned about Hyperlexia that it all made sense.

There is not a lot of information about hyperlexia but what I have found describes my youngest son perfectly.

Hyperlexia is a self taught ability to read before the age of 5. An intense fascination with numbers and letters. Alongside significant social communication difficulties.

Hyperlexia is not something that is diagnosed where I live in the UK and very few of the autism professionals we work with know much about it.  The biggest struggle I have is people hear you say your 3 year old can read a whole book and they think they are a genius. However hyperlexia also includes significant communication difficulties.  So my son can read a book but he is unlikely to fully understand most of the words he is reading. Furthermore he is unable to have a conversation with you and can’t even say hello to you.

Personally I feel like he is learning in a different order so when his peers catch up with reading hopefully my boy will be catching up with his communication skills.

I am not an expert just a mum who has researched her childs traits and self diagnosed so I will just share our personal experience with you.

Intense fascination with numbers and letters

When people would ask what does your child like? For a long time the only answer I had was letters and numbers.  At 18 months his favourite thing in the world was Alphablocks and lining up letters in the order of the alphabet.  Before his first words my youngest was making all the letter sounds. Saying the alphabet (in full) and counting 1-10 were the first and only things he said for a long time.

My son was able to recognise letters and numbers from a young age. In any room he would be drawn to anything with letters or numbers.  The first couple of times he spelt out words (just turned 2) I assumed he was copying something or it was a fluke.

However at 2-3 he started to spell out long words like holiday and universal correctly and it was clear he has a great visual memory.

If we watch a film we have to watch the credits, this is my son’s favourite bit.  Given free time on the I-pad he will put on a film and skip straight to the credits.  He is fascinated by all the letters, he even started to spell out the words wanting me to say them. Obviously these are not everyday words I used with him at age 3.

Whilst every child learns at a different pace most children begin with letter recognition at age 2-3.  Typically children would then be able to identify most letters between ages 4 and 5. Children will then begin reading words at 4-5 and be able to read by 6-7. Every child is different but for those with hyperlexia you will have a self-taught ability to read before age 5.

From age 2 my son has been constantly with a book, he takes them everywhere.  We cannot leave the house without a book and they go to bed with him too. At first he would want books read to him over and over, then he began to repeat whole books displaying an amazing auditory memory. Interestingly whilst he was able to recite the whole of the Gruffalo he was only able to communicate in individual words.

At age 3 I would watch him sit reciting his favourite books whilst pointing at the individual words, he was teaching himself to read.  His special interest for a long time has been books, particularly Julia Donaldson books and the Ten Little series.  He now reads new books and is particularly fond of the Read it Yourself books. He will pick up a new book and read the whole thing, including the publishing page and any text even if it’s not part of the story.

Whist it sounds amazing I am certain he has little understanding of many of the books.  One of his favourite thing is to watch a tv film like Stick Man and read along with his book.  This is how he is learning to understand the book.

My son had delayed speech and did not start to say words until age 2.  He quickly build up a large vocabulary of individual words.  However he had no functional communication.  We began using the Picture Exchange Communication System with him as this is something his brother was already using.  His speech is improving but there is still little ability to have any kind of social or typical verbal interaction.

Echolalia is when a person repeats what has been said to them or repeats noises, it can be immediate or delayed. My son began by repeating nursery rhymes and then books.  Whilst he was only able to say individual words when requesting something he could recite a whole book in one go.

It is a fascinating way to learn to speak but he is beginning to use those learnt phrases in context. So my just turned 4 year old is generally speaking in phrases from books that he has learnt. For example ‘stop I implore’ and ‘what a good idea’ both from Julia Donaldson books. His speech would easily be described as unusual.

He also has difficulty understanding verbal language. He cannot answer what / why / when questions as he doesn’t understand the meaning. If he responds at all he will likely just repeat the question back to you.

Furthermore his social skills are lacking and awkward and he has difficulty engaging with others particularly peers.  His communication profile fits with his autism diagnosis.

Other typical hyperlexia traits include a need for routines and structure. Difficulty with transitions and strong auditory and visual memories.

Many children will have communication difficulties, be advanced readers or have a strong interest in letters or numbers.  It is the combination of these traits that mean a child is likely to have hyperlexia.

Interestingly some suggest there are three different types of hyperlexia.

Personally I found type 3 unhelpful as it made me question if my son should be diagnosed as autistic.  In reality he has significant difficulties that fit with the autism diagnosis in addition to hyperlexia and that diagnosis is the only way to access the support he needs.

Links to more information about hyperlexia:

And Next Comes L has lots of information about hyperlexia which I have found very helpful.

This PDF from Judy and David on What is Hyperlexia is very useful.

Creating routines has been particularly helpful for us particularly at bedtime.  Using Visual aids to support understanding and to help with transitions has made a big difference to us.

We have also found music therapy and play have worked well with my youngest.  Books and using books and play to teach meaning has been great. I like to create play activities based on his favourite books so we can act them out together.

There are so many great letter and number games such as Orchard Toys Match and Spell and Alphabet Lotto.  Goula also do some great number puzzles. Letter and alphabet puzzles are often popular.

I highly recommend anything Alphablocks or Numberblocks related. I also quickly found that most letter sets aimed at young children are a great start but no use when your child starts to spell out words as they usually just have one of each letter.  So things like Bananagrams or Scrabble sets are great as they are designed for you to use with spelling out words.  For your fridge meme magnets are much better than the kid’s alphabet magnets as again it has more letters for spelling. For number fans this 1-100 board is lovely.

Do you know a child that has hyperlexia? I would love to learn more so please do share information in the comments. 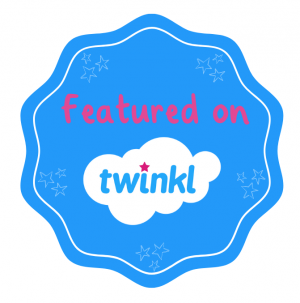